Serendipity and learning with AKQA

Editors Note: A few weeks ago, Semi Permanent director Murray Bell sat down with AKQA founder and CEO Ajaz Ahmed to discuss the future of creativity in the age of technology. Inspired by this discussion, Ahmed (who has built a creative enterprise with over 2,000 staff in 23 countries) wrote the following personal essay as an introduction to his working philosophy.

By Ajaz Ahmed, CEO and Founder of AKQA.

Unchained opportunity, the gift of liberty, and a naive sense of immortality you have when you’re 21 years old. The Internet’s perpetual promise of undiscovered terrain. These are the stars that aligned, the forces that collided to bring AKQA into existence. A seemingly impossible voyage seduced us, encouraging us to set sail.

Like all enduring stories, desire is at the heart of ours. And like any artistic endeavour, you make decisions from feeling, not reason. AKQA was founded with a yearning for textured work of passion and a sensitivity to evoke emotion. It is an ethos that holds the organisation together across studios and continents.

The cultural fabric that envelops AKQA and enables our values to thrive is the simple, notable sense of being a service provider that pushes the boundaries. 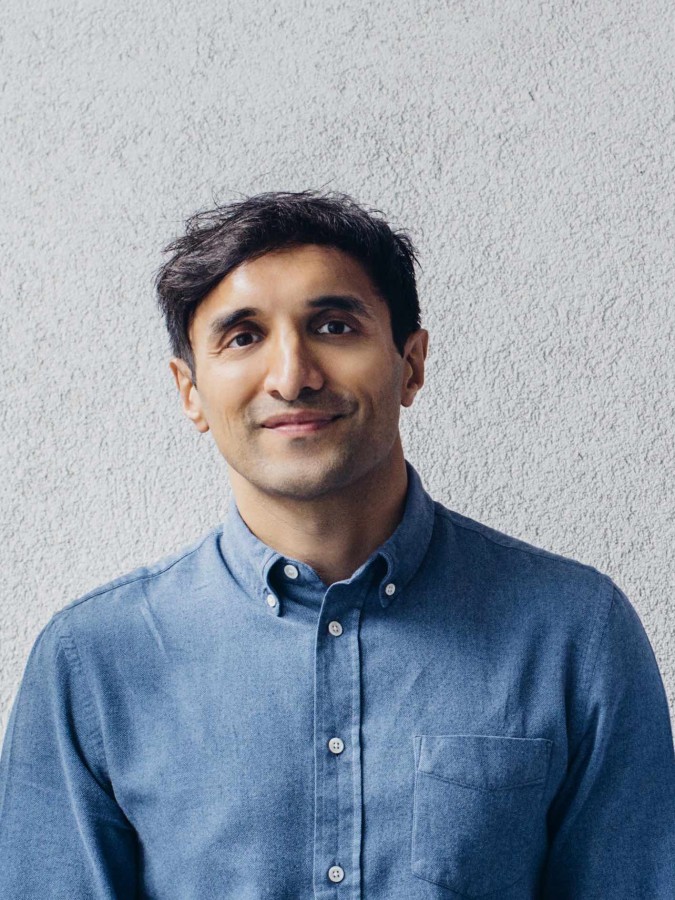 Service is one our founding values and bestows the organisation with its soul and orientation, enabling it to stand the test of time. As the author of our values, I have always been inspired by the vibrancy and dynamism of nature and architecture. The organic unity of the living world, its magnetic allure, breathtaking magnificence, and enchantment of its all-encompassing systems conquers all. Nature is heartfelt; it lights-up all the senses.

As with architecture, an intuitive, aesthetic perspective permeates through the work and shapes the company. AKQA is designed to be an organisation that has endurance, courage and an open mind. An optimistic mindset rooted in adaptability that — despite the world’s unrelenting change — enables us to look ahead, do the things that might never have been done before, recover from difficulties, and sustain beyond any individual.

How do you design an organisation to have courage? It’s about instilling a freedom to experiment and an understanding that everything can evolve; that ‘mistakes’ are a natural part of the learning process. If we fear to be wrong, we fear taking risks, and if we can’t subvert, then we can't pioneer. Innovation is by its nature an experiment with uncertain outcomes. The research from this curiosity provides better judgement which leads to new possibilities. 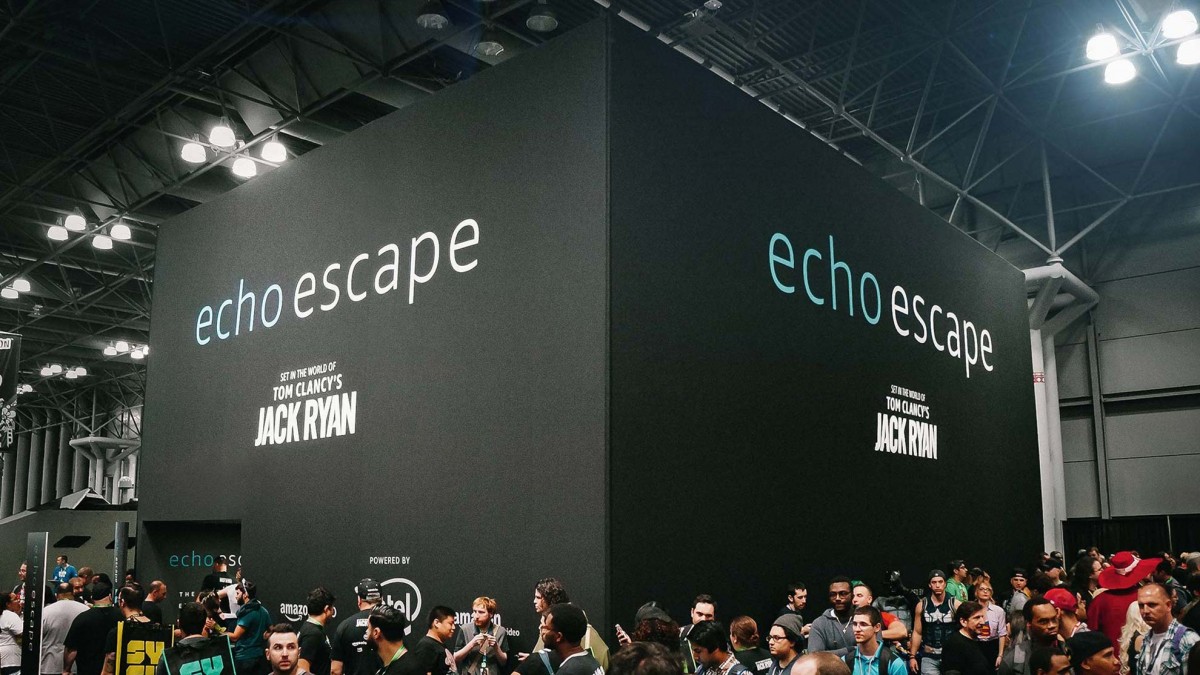 Everyone who shares our journey is hopefully inspired by the dreams that emerge from an imaginative application of art and science to create memorable work of resonance. It should speak a language that has universal appeal and makes an impact of no small magnitude. Ultimately we are problem solvers.

If the defining characteristics of AKQA’s philosophy are creative experimentation and pushing the limits, then there are also consistent themes within it. The belief that stories told through software can be vivid and captivating; that technology can create empathy; and that a different perspective elevates the spirit.

The work should speak for itself. It shouldn’t need any sense of salesmanship or embellishment. It’s about avoiding complacency to find the next creative challenge. That’s also why breaking the mould, the future of new horizons is the place that occupies most of our thoughts and activities.

If we fear to be wrong, we fear taking risks, and if we can’t subvert, then we can't pioneer. 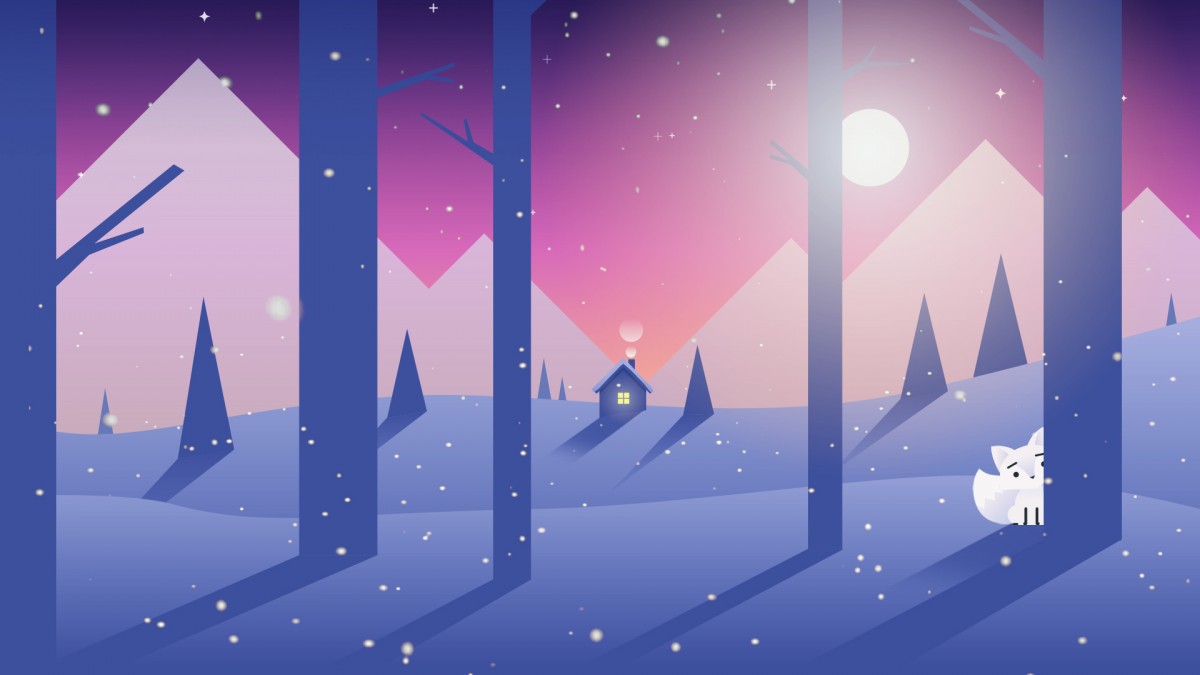 'The Snow Fox': A story bought to life by your voice

Underpinning this work is the repertoire of vision, beliefs, attitudes, practices and stories represented in our culture. All organisations are an innate reflection of the behaviours of its people, the interconnectivity and unique manifestation of influences, motivations, relationships and serendipity that’s occurred on their journey. Every action and interaction adds a new dimension even if we’re not conscious of it at the time.

The bravery that’s articulated in the willingness to explore new solutions in our work is the same spirit that fuels the organisation’s geographic footprint and aspirations of the team. You don’t grow from astonishingly humble origins, where the odds were not in our favour, to 2,000 people collaborating across 23 international cities without courage.

While you explore cities, you learn about their apparent contradictions. San Francisco has the highest average family income of any major metropolis in the States and is famously home to many industrious billionaires that have created extraordinary inventions, and yet there are estimates of between seven to twenty thousand homeless people on its streets. Tokyo is one of the world’s fastest, crowded and busiest cities. It is also one of the most organised, peaceful and tranquil. The world’s most populous city is the least violent. Expressed by the unforgettable serenity of its Cherry Blossom, Tokyo will be the ideal host for the 2020 Olympics. For centuries, London has been a mosaic of the exotic and the embodiment of ethnic and cultural diversity, where around a third of inhabitants are born overseas. By contrast, the overwhelming narrative is of Brexit. All countries are at their greatest when the better angels of our nature are revealed through fairness, respect, and intellect. When prosperous people help all to prosper is when everyone benefits.

William Gibson said: “The future is already here - it’s just not evenly distributed.” That’s both this era’s real tragedy and its most significant opportunity. 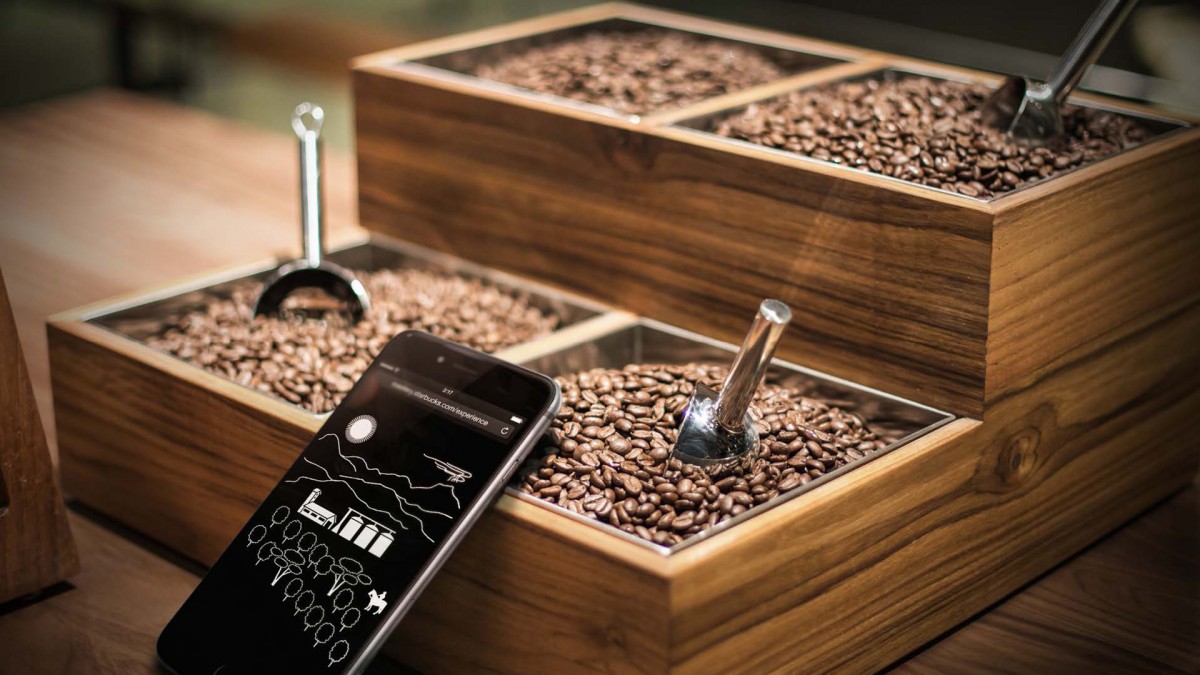 My motivations have always come from a place of service, no matter what. With contribution, there is a degree of indispensability and differentiation. To remain relevant and beneficial we need to cooperate and make ourselves useful. The ingredients of successful cooperation are conveyed through compassion, empathy and understanding.

When I think about my happiest times, it’s unquestionably when I’ve been in service personally, and collectively our team has created an enticing idea that’s of use and inspiration. The best reward is when audiences respond to the work. That’s the highlight of any career.

The natural progression of this idea of service is that there is going to come a time in the not too distant future where I dedicate the vast amount of my time to not-for-profit endeavours. Over the last decade, I’ve spent a fair amount of time with charitable organisations, both as a supporter and a student. I’ve learned about the unsung heroes whose rays of light awaken us. Their nobility of spirit and tremendous capacity for understanding, humility, and absence of ego help to positively transform lives and our future, but also inherently modifies the way we view the world.

A new conversation has to emerge that’s more about community and collaboration instead of conflict and competition. 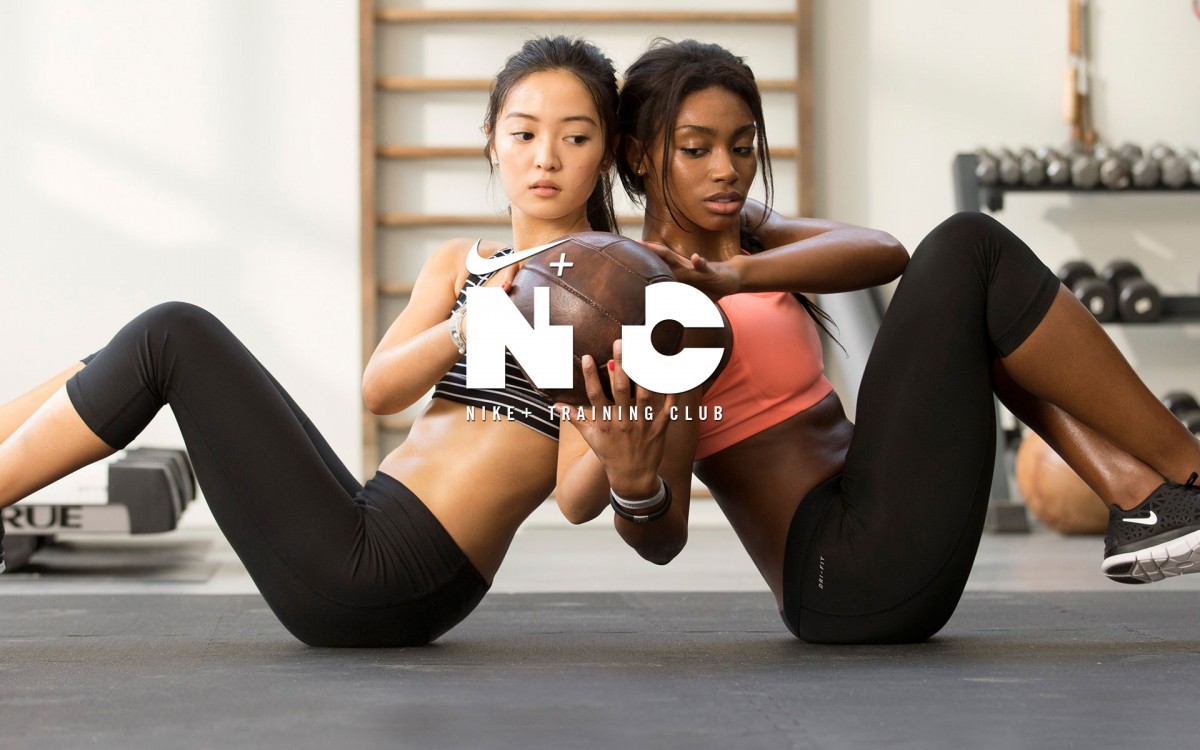 You can’t just walk away from a feeling as strong as this. You can’t sleep peacefully when you’ve encountered the hardships and degradation. Maybe it’s because I didn’t grow up in a city, but connected to nature. Perhaps it’s my parents’ example of kindness and generosity that knows no bounds. Most likely it’s the shoulders of giants I’ve had the fortune to stand on, to learn from and see the positive difference they’ve made.

We all grow and change throughout our lives learning that life is scarcely plain sailing. We understand the value of loss in a world that’s built for winners. The storms of disappointment and difficulty, tribulation and adversity, catch us by surprise but they pass. We should never lose hope.

What we all hope for is a peaceful world that’s full of good vibes, free of discord and devastation. For this to happen a new conversation has to emerge that’s more about community and collaboration instead of conflict and competition.

When I think about my happiest times, it’s unquestionably when I’ve been in service personally, and collectively our team has created an enticing idea that’s of use and inspiration. 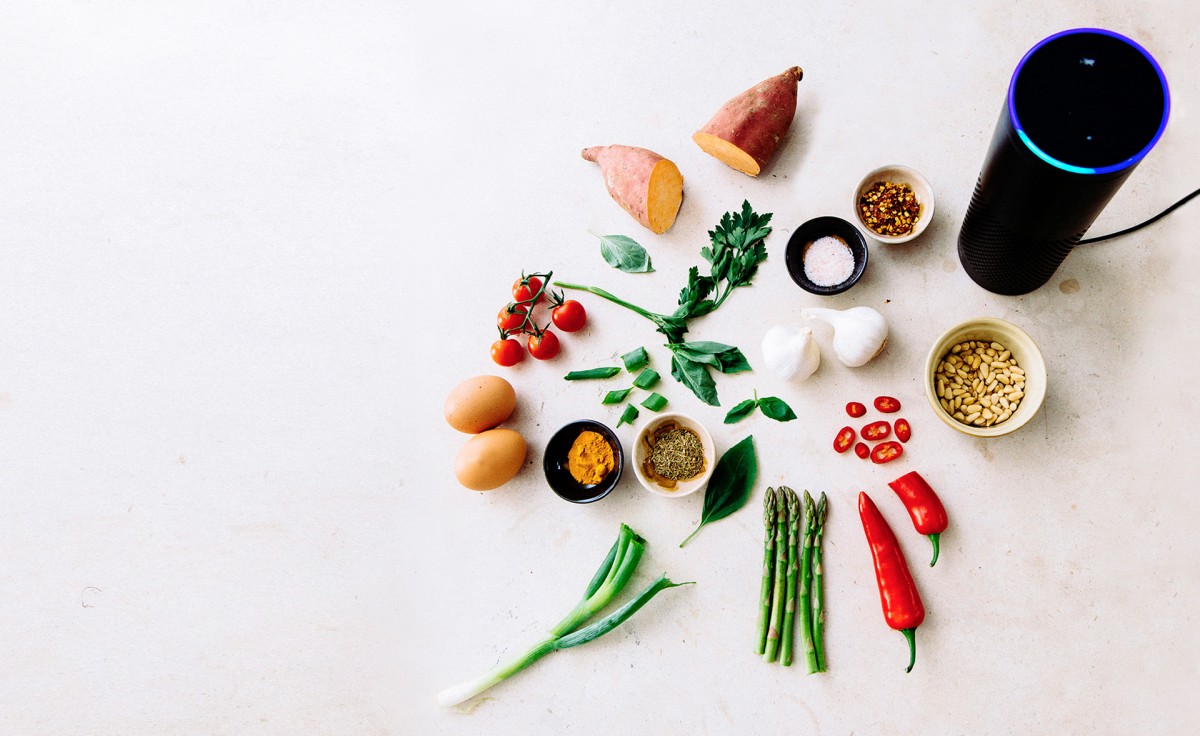 It’s an idealistic view, but surely if you’re a media owner or a tech firm you not only want to educate the public but you want to help them to be wise. Perhaps we should reconsider our definitions of success. Instead of the relentless obsession with economic growth, could organisations be measured by their positive contribution to society and wellbeing for our planet? We know that wildlife is a public good which must be protected, therefore couldn’t we calculate the cost of our environmental damage and pay back the biological preservation and enhancement bill that mother nature never sends us? These thoughts may be imperfect, but none of us can ignore the challenge.

Our world has enough knowledge, wisdom, wealth and practice to put in place solutions. It’s within the grasp of humanity to create a utopia instead of a dystopian nightmare. With the unprecedented destruction of our planet’s biodiversity, my fear is it will be paradise lost.

BBC 'The Story of Life'

Creativity, ideas and the imagination have the power to break down barriers, bring people together and shape a more harmonious future for all. Word of mouth is the still the most influential medium. Stories will forever be the most profound catalysts of change.

William Gibson said: “The future is already here - it’s just not evenly distributed.” That’s both this era’s real tragedy and its most significant opportunity. The vast wealth of resources in severe contrast with the poverty of sharing them.

We have witnessed and experienced extraordinary, hopeful technological and social change in our lifetimes. If humans are the primary cause of conflict and destruction, then we can also be the facilitators of healing and renewal.

Ultimately, we are problem solvers.