Heidi Berg and Hazel Baird share something more than initials, and that’s a love for crafting evocative and meaningful title sequences for documentaries, films and television.

“Television has really taken over from film in the last 10 years,” says Hazel Baird. “It’s a nimbler platform because films always take two years. You sometimes start at the production stage, then two years there’s a title. Film is such a long process; TV is definitely quick.”

Quick it may be, but for some viewers it’s not quick enough. Hence those two short words, ‘skip intro’, a little technical change, a boon to binge-watchers but, surely, a bane to title sequence designers. Well, maybe not; after all designers are viewers, too.

“I do like to have a choice,” Baird says. “I like to have a choice to skip the title, because there are some that can be quite obnoxious, especially if you’re seeing them repeatedly. A lot of the time, we make title sequences in isolation – when you see it over and over, it can be a bit too much. Then there are titles that are tailored to the specific episode – those are the ones I really want to watch again; they have nuance and detail, and with the second and the third watching reveal more and more.”

Hazel Baird is a motion designer and design director at Elastic, an L.A.-based creative company that’s considered one of the best in the business when it comes to creating title sequences for film, TV and games. (Elastic teams worked on the intricate title sequences for Game of Thrones and Westworld, which both ratcheted up the narrative complexity achievable in a 90-second-or-so TV title). 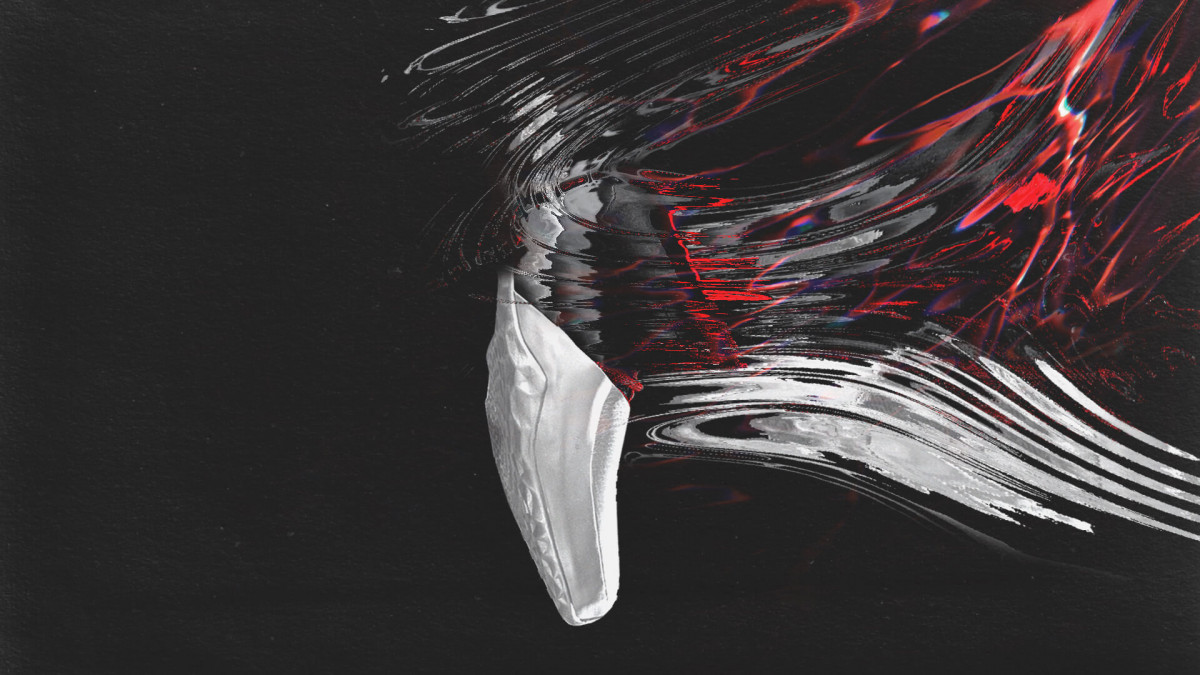 Heidi Berg, similarly, is an art director and motion designer, who over the past few years has spent quite a bit of time freelancing at Elastic’s West Hollywood office (where both designers beam in from for this Semi Permanent chat).

Baird’s run into the profession industry began in her native Scotland. She lived in London for 20 years before relocating to California in 2015, working first with the studio Prologue as a freelance art director before joining Elastic as design director in 2017. Recent show credits include Velvet Buzzsaw, in which supernatural paintings enact revenge on greedy art-types. The movie’s sequence design was satisfying in a way that wasn’t supposed to be, Baird recalls.

“We weren’t even supposed to have a title sequence – well, we were, but it was to do with paintings, from really old paintings right up until modern day paintings. All we were going to do was pan from one to the next. It was quite boring – at the time I was like, ‘This is so dull’. Dan Gilroy, the director, showed it at a test screening and the feedback from the audience was that they felt like they were getting an art lecture.” 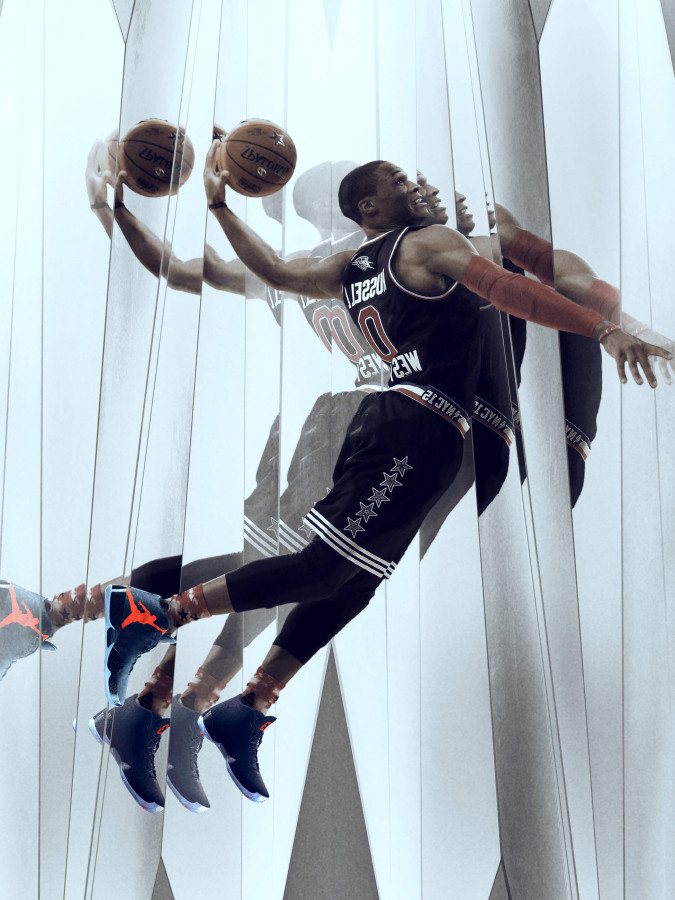 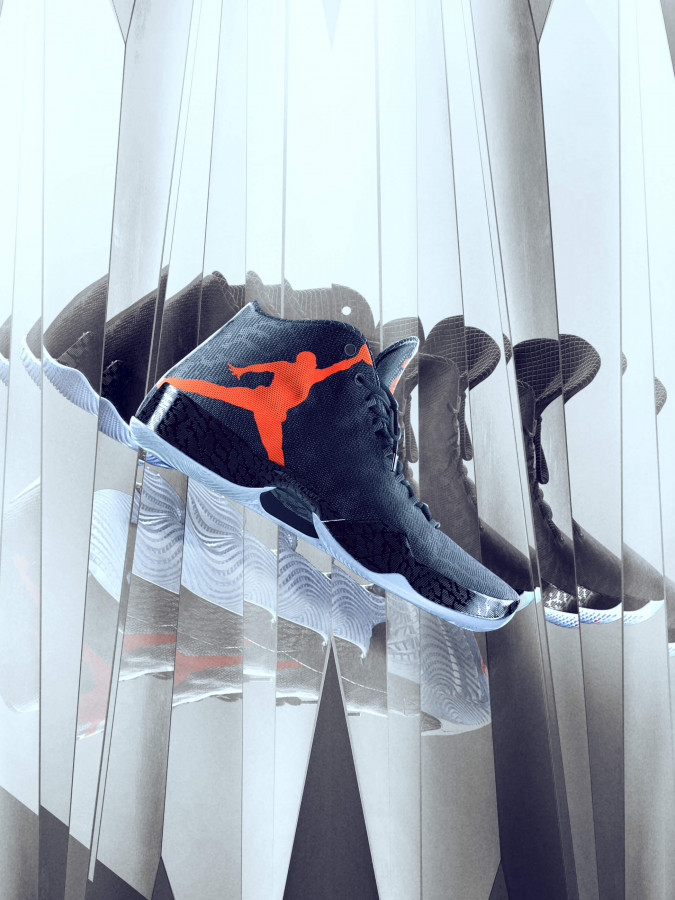 A sequence-based upon a fluid and twisting painterly illustrations was subsequently produced and, such is the contorted anguish of the sequence, surely Munch’s the Scream must have been on the mood board somewhere. Another Baird project was Showtime documentary Shut Up and Dribble – a three-part series looking at the changing role of athletes in a “fraught cultural and political environment”. The titles feature hyper-colour scribbles over photo and video footage (In Living Colour-esque) with a rough-etched overlay, scratchy like barbed wire, that implies racial and political struggle. (The show was produced by LeBron James; for the record, he didn’t come and give direction. Baird’s been asked that before, by the way.)

We’re getting into lengthy list territory, but, briefly, Baird’s film sequences include Rogue One: A Star Wars Story and The Great Wall. She also contributed recent title sequences to Dave Chappelle’s Netflix comedy Equanimity and the documentary The Inventor: Out for Blood in Silicon Valley, which portrays Theranos founder Elizabeth Holmes’ descent from fame to infamy. Baird seems mildly surprised that I bring up 2012’s WWII From Space (maybe TV years are like dog years; six is half a lifetime ago) which won her a News & Documentary Emmy Award for Outstanding Graphic Design & Art Direction as well as a Royal Television Society Award for Best Graphic Design Program Content.

“It’s so cheesy!” she laughs, but the glitchy-satellite digital overlay on an analogue war has stood up well to time. It was a technical challenge, Baird recalls, “The film was an hour and a half, but basically 80 percent of 80 minutes was CGI. It was just me, one guy and the visual effects person; only three of us.”

Berg, a Californian, had a less than orthodox entrée into art direction.
“It might sound weird,” she says, “but originally I was doing a lot of Shakespeare acting, and I thought I was going to be this like grand stage actress. But I had a huge course realignment. There was this period of getting really heavy into theatre acting, but at one stage I was like, ‘I don’t think I can do the things I need to do to continue it and do this well’. I was just kind of desperately trying to figure out what I should do, and that’s what led me into graphic design.”

After she graduated from art school, she did print design and branding in San Francisco before attending one after-effects course. “I was just like, ‘My mind’s blown’. Then I saw one lecture where somebody talked about title sequences and went through the history of titles and I just felt this glowing desire, but I didn't know how to do it. I did this six-month thing where I went around to try and find a job in different cities. I went to London; it was real sad, I failed miserably. I went to New York, I did get a job there, but then I was terrified of New York, so I went to LA.”

In L.A., it seems to have all come right. Her prolific output of recent works will surely be familiar to many readers. There’s the noir-ish murder-mystery I am the Night, The Alienist, which was Emmy-nominated for Outstanding Main Title Design, the Sean Bean vehicle, The Terror, Fear the Walking Dead, Love and the hot club documentary, Studio 54.

I am the Night was memorably fun, Berg says. The abstract sequence features plenty of diagonal bisections, black and white, shadow and light.

“The creative brief was essentially like let’s do something with the idea of the [surrealist drawing game] exquisite corpse. I think that’s why we got to this place of using white shadow to create eerie effect of splitting. It was definitely a fun project – but creepy; the show is creepy,” Berg says.

Hear more from Heidi and Hazel at Semi Permanent Auckland from 15-17 August.