Evolution, not revolution is the mantra of Volkswagen for the next era of automobile design. And while the industry accelerates in the race for the ultimate driverless car, one must ask if we’re losing our will to design for the human sitting inside of it.

At Semi Permanent Sydney earlier this year, VW set up an installation and video series to map the universal essentials of design, technology and performance with the help of speakers including AKQAs Tim Devine, US-based artist Jason Woodside, Uber head of design Michael Gough and more. Watch the series below.

The democratisation of design

At last week’s 2019 Frankfurt Motor Show, VW devoted their entire showing to 100% electric vehicles as an opportunity not to redefine, but enforce a timeless design philosophy. That same philosophy (what VW’s Kurt McGuiness refers to as the ‘democratisation of design’) was also on show at Carriageworks via a multi-disciplinary exhibition blending art, performance vehicles and virtual reality for Semi Permanent Sydney 2019. “Ease of understanding has been a hallmark of our cars, from the the way the door opens to the ergonomics of the space within the car and now in screen UI and technology design” he says, emphasising that elements like safety and accessibility should not come at a surcharge. “If a car can save your life through its design, technology or construction then it should.” 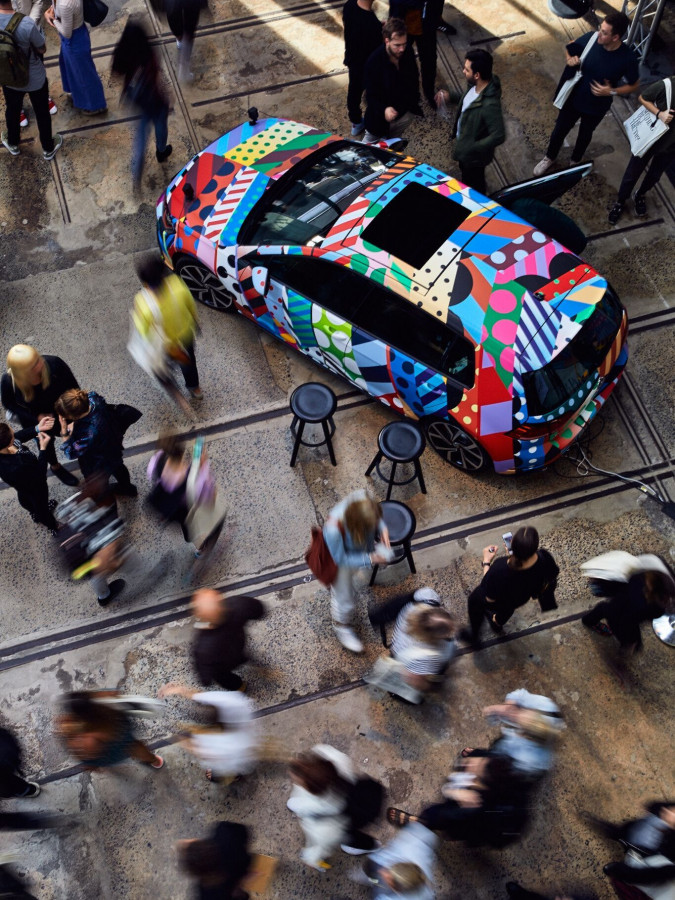 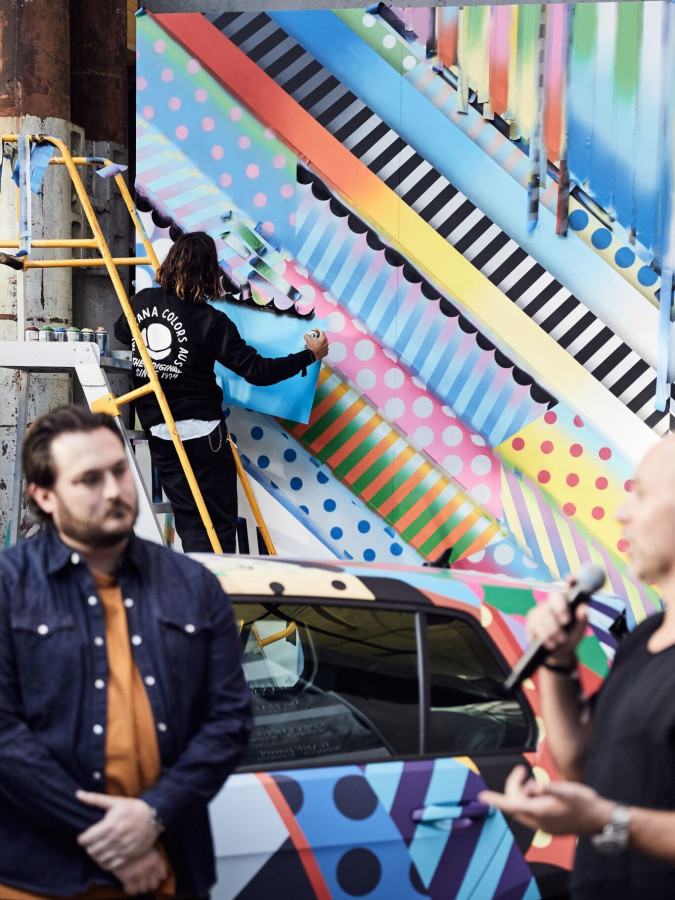 The significantly smaller engine footprint of these cars brings with them an opportunity for automakers to reset their expectations, and a new standard for multidisciplinary designers to optimise against. “With EVs, there is no need for an engine bay or much of the internal componentry that comes with a combustion engine, so that frees a lot of interior space” explains McGuiness of the updated design statement. “What I get a kick out of is that it still feels like a VW; from the surfaces, to the dashboard, how the screens are laid out, how far you have to reach to touch a button. They’re new elements, but still hold on to the VW design philosophy.”

Technology is as alluring as it is fascinating

As consumer vehicles inch towards futurist territory, their design must change according to the social expectations that follow. “New cars should always be designed around people and how they behave” says McGuiness, adding that while an autonomous car is the end goal, there are progressive challenges worth solving before we get there. For example, VW’s Emergency Assist mode can sense if a driver has been incapacitated, before slowly pulling over and even in some cases calling emergency services for help. “That introduces a level of autonomy on our roads that is ultimately going to get better.” 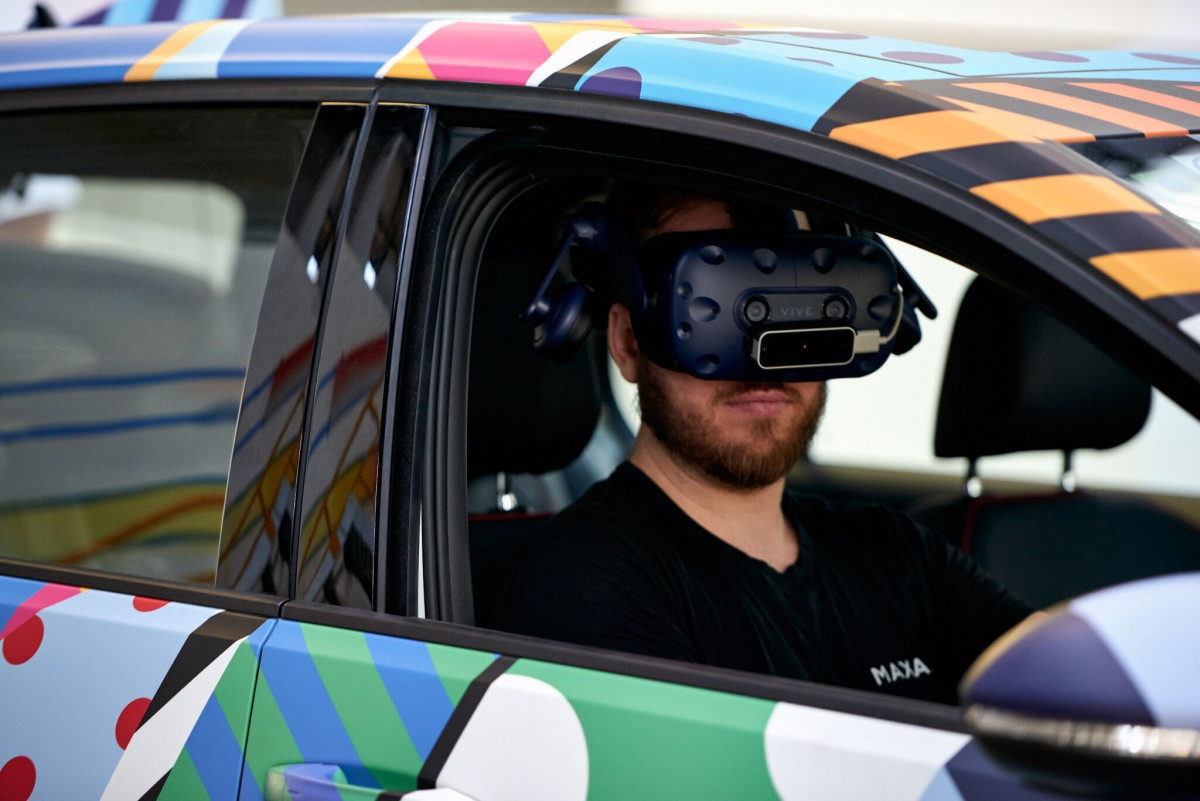 “Part of the VR experience was to test the emergency break” says VW's Kurt McGuiness. ”You’re not going to get a test car and say ‘OK I’m going to drive this towards a wall and hope it stops’. While you hope to never have to experience it, you want to trust it will do its job.”

And one cannot conceive a driverless car without having an internal debate on the ethics of it all.  “How does a car make the decision whether to sacrifice itself or a pedestrian? There is a regulatory map that needs to be debated and will impact how such cars are designed” McGuiness argues. It’s something that Michael Gough, Uber’s global head of design often ruminates on in his work. "There is a certain inevitably to the future, and then we play this game trying to figure out who gets there first. Hopefully we're starting to play this new game to say 'whose going to get there the most responsibly and create the most human value’."

Performance is one of the great lofty terms companies like VW love to use, but from their perspective it refers to the thrill of driving on a weekend as much as it does the mundane activities of the weekday. ”It’s not just about going on long drives in country roads” says McGuiness. “It’s also about having a car that is reliable, efficient and ultimately enjoyable to drive. Part of that can just be the way the car accelerates, how it steers and handles and feels when you're driving.

"I've spent a lot of time talking with Klaus (Bischoff, VW global head of design), and he talks about the idea of performance as partly being able to go fast, but also about going to get your groceries on a weekend. It's not isolated to singular experiences, but the everyday."

Having California-based artist Jason Woodside design an art-car for Semi Permanent before painting a live mural over three days was an eye-catching addition to the experience, but one that told a deeper story about VW’s role as a cultural force as much as a design one. “VW has been integral to counter-culture for decades. Surfing in Australia was largely enabled by Kombi Vans because they could drive to the good surf spots that weren’t accessible by other vehicles. Going back to the 80s, there was a whole movement of people stealing VW badges because The Beastie Boys were wearing them around their necks. It’s important for VW to stay true to its roots, and to acknowledge and embrace that pop-culture comes to our cars and our people benefit from it. 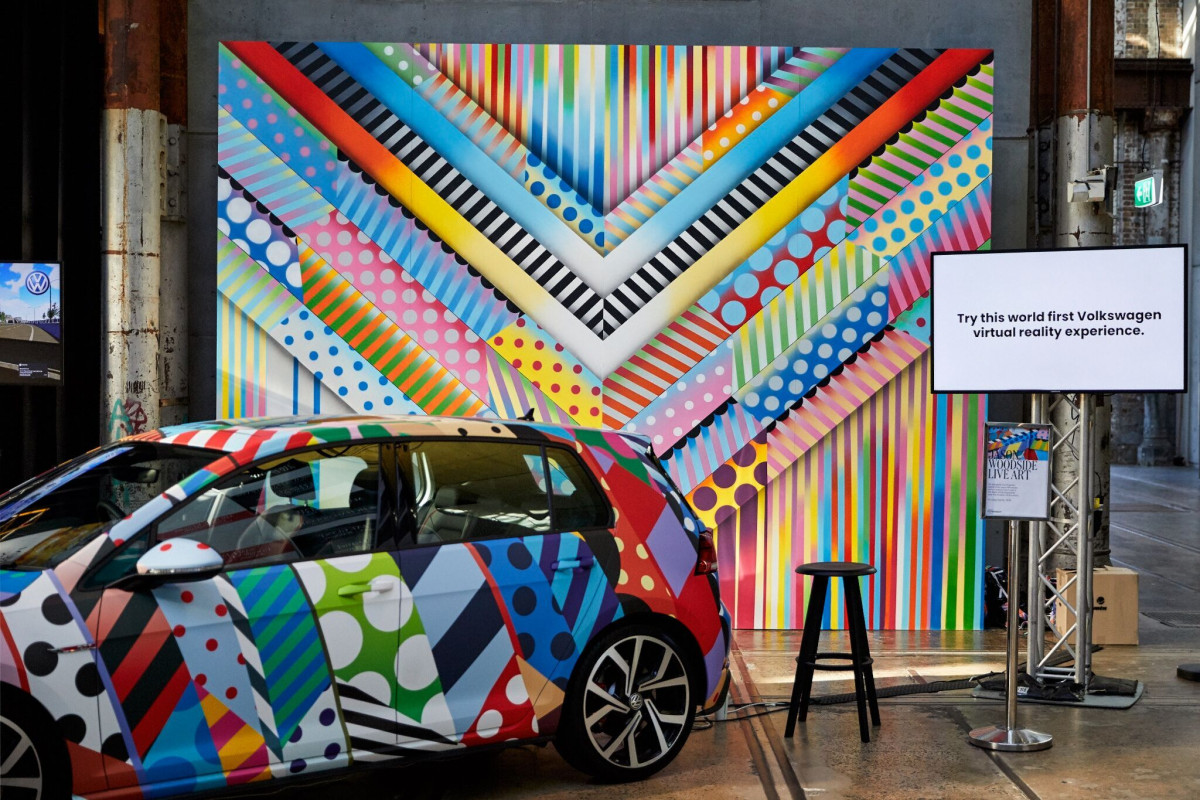 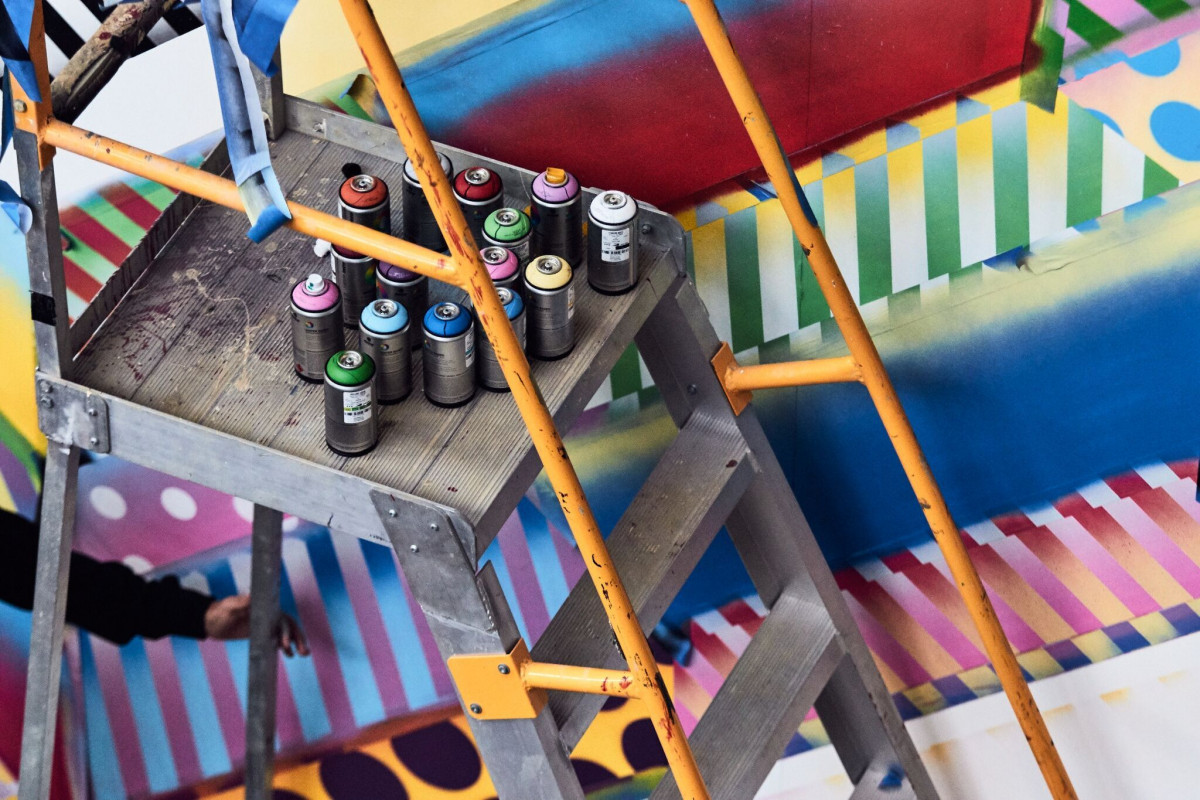 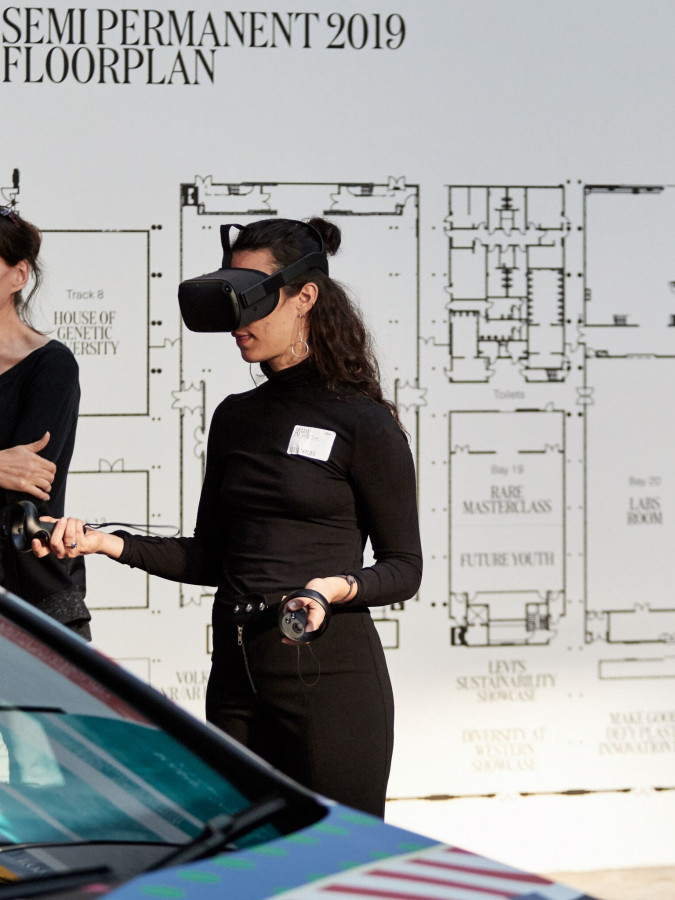 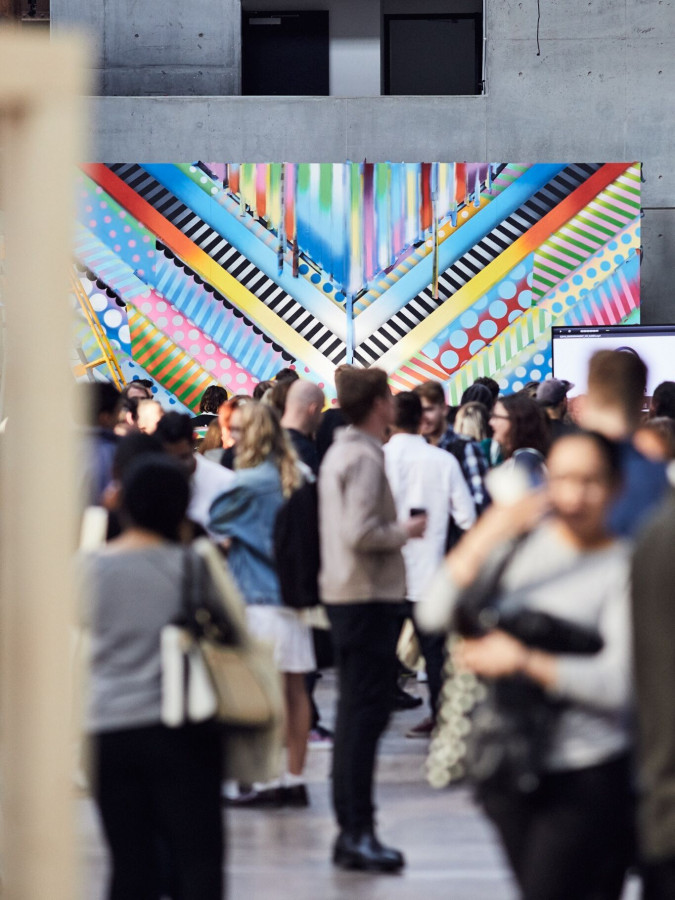 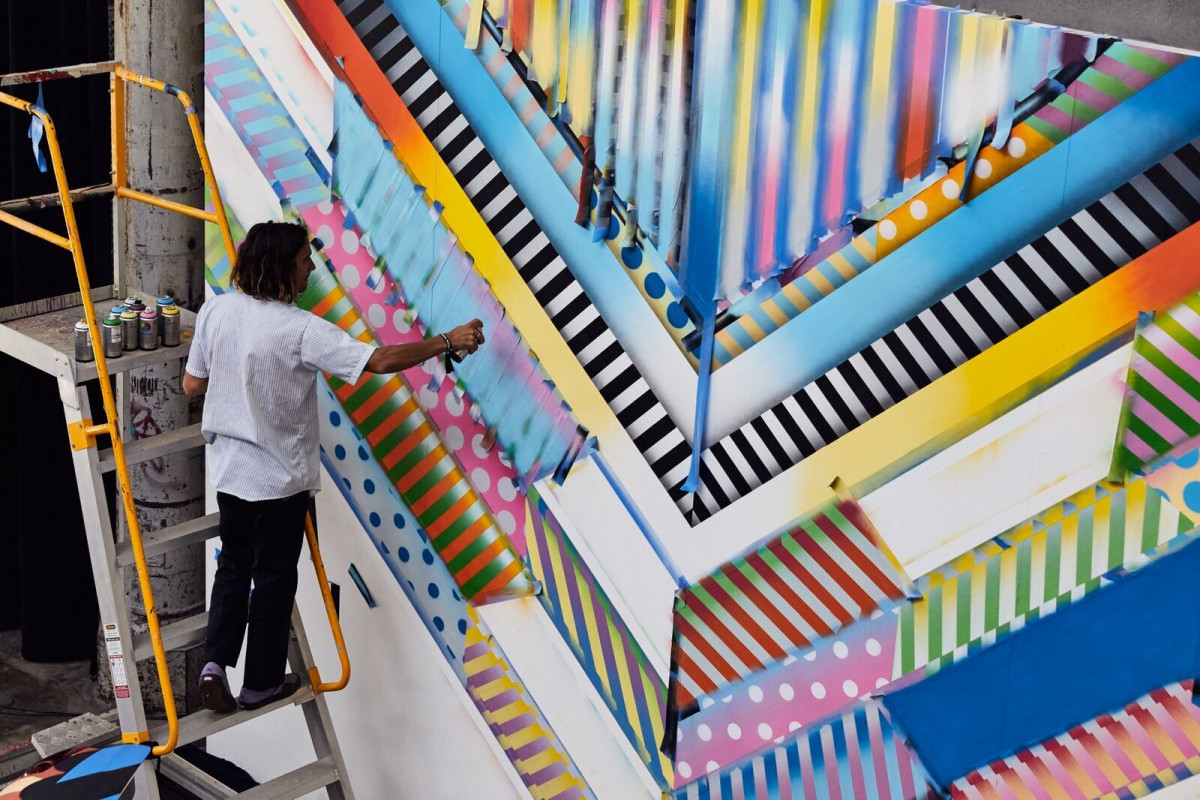 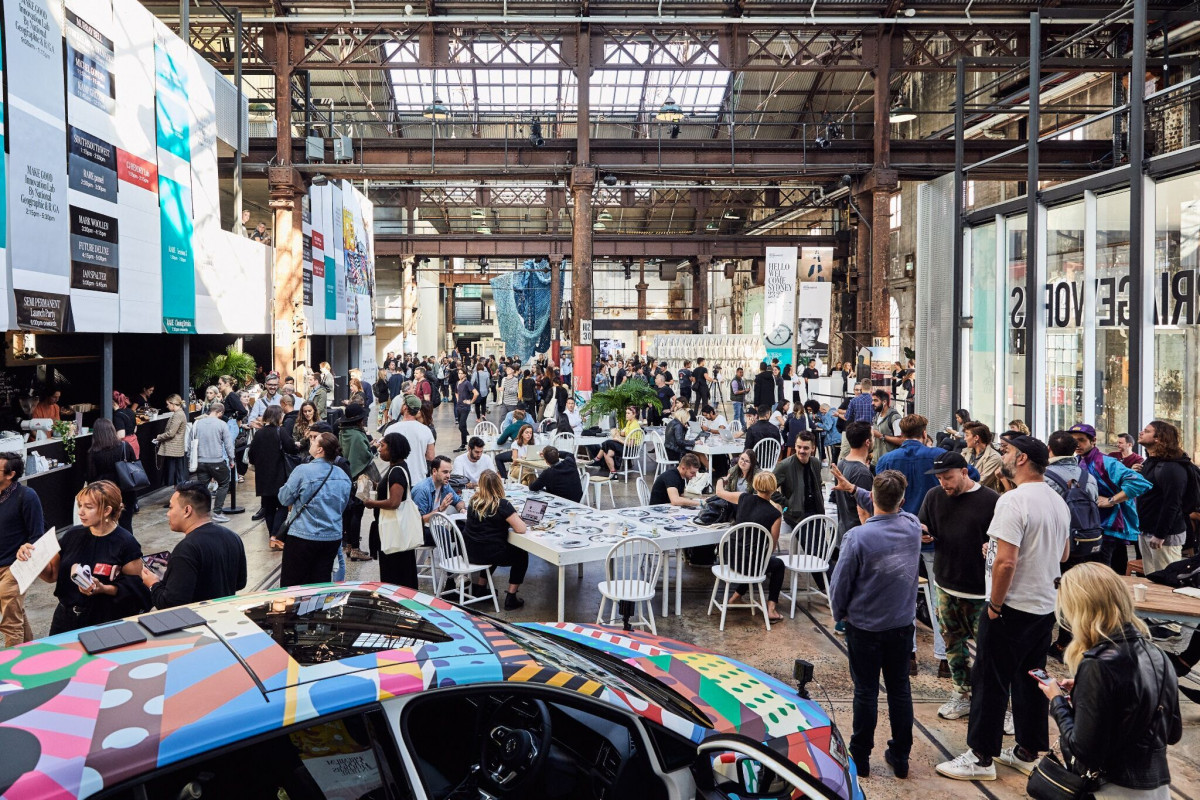