House of Genetic Diversity is a celebration of genetic variation in all of its forms. Genetic variation is both a strength for humanity from a macro survival perspective as well as gratifying on the level of the individual human experience. The installation imagines a house dedicated solely to the preservation of variation. This variation can be extended from genetics to memetics, politics to taste. A pathway of imagined biology leads to a tower of computers which, while running the video works, is donating its computational power to the MindModelling@Home research project run by the University of Dayton Research Institute and Wright State University which "...focuses on utilizing computational cognitive process modeling to better understand the human mind [and] to improve on the scientific foundations that explain the mechanisms and processes that enable and moderate human performance and learning."

"My son was born with a rare genetic disease called Potocki Schaffer Syndrome and awareness and acceptance of diversity as well as understanding of people with different abilities is a particularly important topic to me. Although he has faced many challenges he also has also opened a window for me onto a broader concept individualized our perceptions of the world are. Rather than trying to eradicate rare diseases through genetic manipulation my hope is that we can, as a society, become more empathetic and embracing of variation over homogeneity which is incredible for its own sake while also being imperative to our survival as a species." Jonathan Zawada

Known for his multi-faceted approach to the field of art and design which weave both the analogue and digital, artist Jonathan Zawada is often seeking to create tangible artefacts of transient, ephemeral virtual experiences in his work.

Centered around the intersection and blend between the artificial and the natural, Zawada's world is hyperreal - delicate and intricately detailed, as well as bold and dynamic.

Zawada’s practice is informed by his early roots in web design and coding and his further evolution into commercial graphic design, illustration and art direction and includes object and furniture design, sculpture, video, installation and painting. 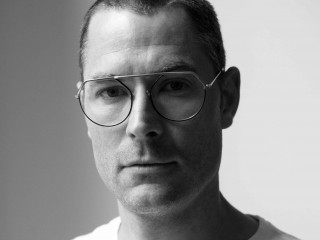