Kyle McDonald and Jonas Jongejan filled a darkened room with fifty disco balls and created colored and timed lighting sequences to cast mesmerizing reflections that surround visitors. However, rather than simply relying on scattershot reflections, McDonald and Jongejan used hundreds of structured light scans to capture the volumetric position of every pixel being projected by each of the three projectors. The pair then used SketchUp to predict the reflected pixel positions.

The designers describe Light Leaks as “a curious space that alternates between a meditative state, and an uneasy imbalance. An experiment in combining a found object with computer vision to create a profound and unusual experience.” It has since been installed at La Gaîté Lyrique (Paris, 2014) and Scopitone Festival (Nantes, 2015), and most recently at The Music Center LA (2018). 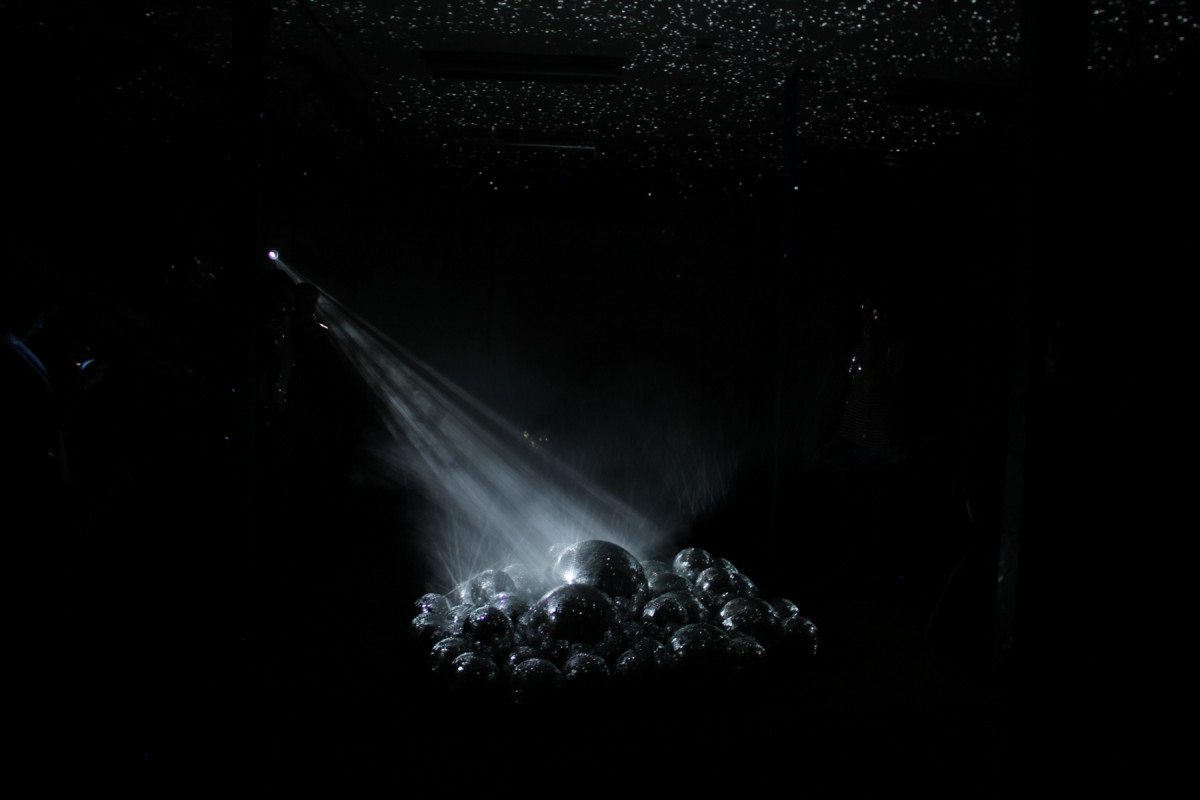 Based in Los Angeles, McDonald is an artist working with code. He has been an adjunct professor at NYU and an artist in residence at Carnegie Mellon. You can find more of his recent projects on his website and Twitter. Jongejan lives and works in New York City, where he is a creative technologist at Google Creative Lab, and previously worked in theatre and television building interactive sets. He shares his work on his website and Twitter. Light Leaks was produced by Juliette Bibasse. 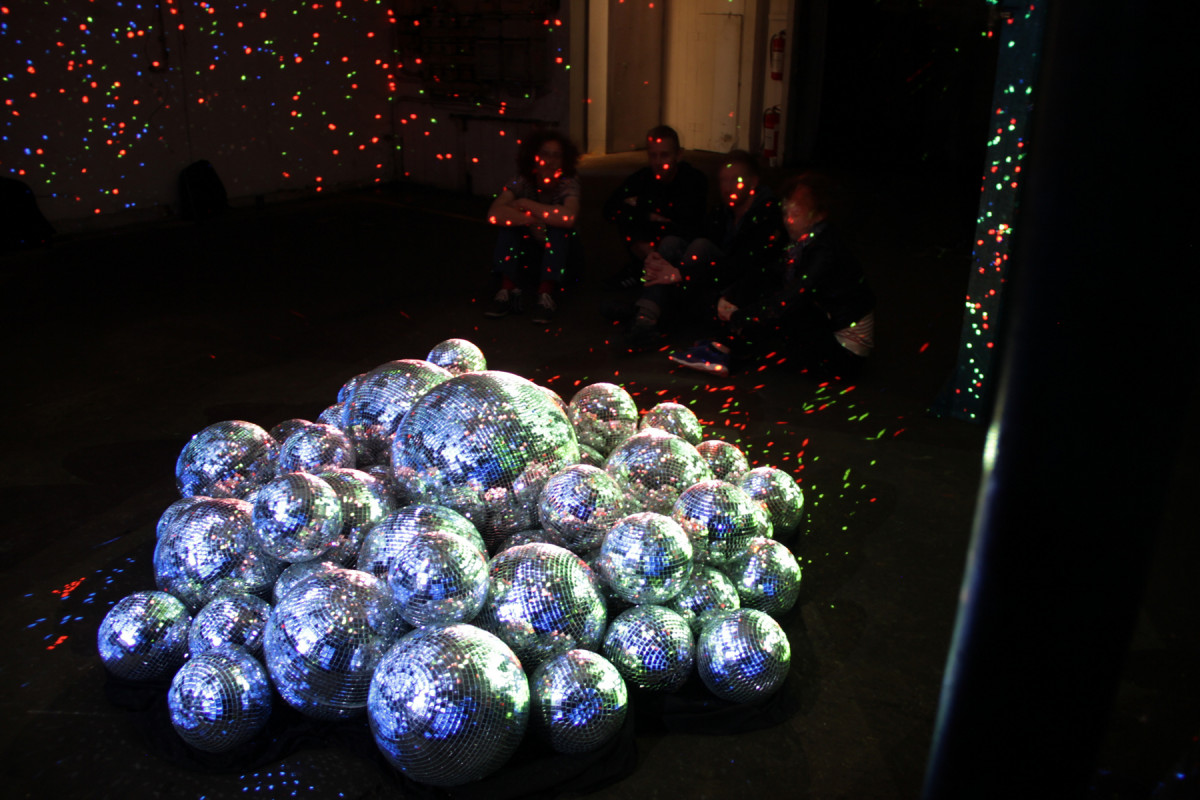 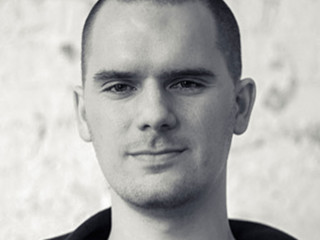