Over his nearly 30 year career Kelly Slater has changed the landscape of surfing,  holding nearly every major record in the sport.  Having won 11 World Surf League (WSL) world titles and 55 WSL career victories, Kelly has the distinction of being both the youngest and oldest person to ever win a WSL world title, winning his first in 1992 at the age of 20, and his last in 2011 at the age of 39.
For nearly twenty-three years Kelly was sponsored by surfing industry giant, Quiksilver.  In 2014 he began to wonder about how the clothes that he had worn for his entire career were made, and when he began to understand the waste and human consequence in a typical fashion supply chain, he decided to take on the issue.  In 2014, he left Quiksilver and started his own brand, Outerknown, a sustainable clothing brand that goes by the mantra ‘For People and Planet’.  Outerknown has a Code of Conduct so stringent that they became the first brand to be Certified by the Fair Labor Association before creating a single product.
Simultaneously, Kelly was concerned about how surfboards were created and what their environmental legacy was.  In 2015, Kelly left his long-time sponsor Channel Islands and bought a majority interest in Firewire Surfboards, the most sustainable major surfboard company in the world.  A year later he launched Slater Designs, his own brand within Firewire, to showcase designs created with legendary shapers like Daniel "Tomo" Thomson, Greg Webber, Dan Mann and Akila Aipa to name a few.
In 2015 he revealed Kelly Slater Wave Company (KSWC) to the world with a viral video showing the perfect manmade wave over 100 miles inland in Lemoore, California.  The wave was a passion project that took 10 years to create.  KSWC was purchased by the WSL in 2016 as an elite training facility and event venue.  The first official contest, WSL Founder’s Cup of Surfing, took place in May 2018 as a nation-on-nation competition, with Kelly as the captain of Team USA.
Kelly is not just a world champion surfer and an advocate for Sustainability.  He is also a gifted musician and golfer, having played on stage with performers like Jack Johnson and Pearl Jam, and is at regular at the Pebble Beach Pro-Am tournament and Alfred Dunhill Links Tournament in Scotland.  Kelly has raised over $1 Million with Omaze for various charities. 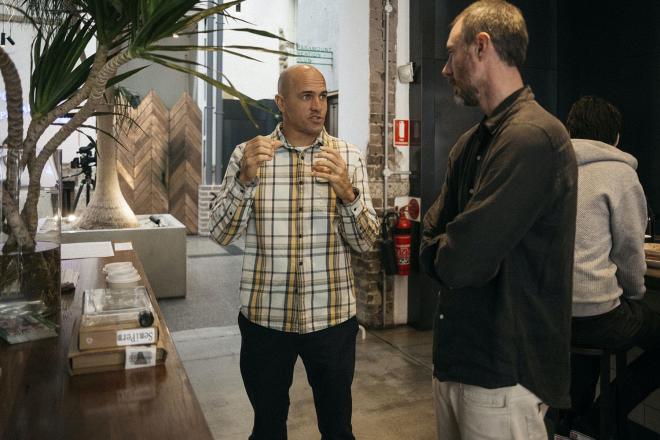