“I aspire to having forty years of lived experience as a woman. And at the end of that, when I’ve had forty years of both, then I’ll be a position to have perspective of what that means”.

It might sound like something torn from the pages of Virginia Woolf’s Orlando, but the quote above comes from Tea Uglow, the Google creative director and tech celebrity, who is sitting on the sofa at Semi Permanent’s offices in Sydney on a sunny autumn afternoon.

She is wearing skinny jeans, trainers and a slim wool scarf. Her wavy, black hair is bob-length, a cut in transition. As she moves a strand from her face, the revered digital creative mulls a question we have put to her: How has being a transgender person shaped your perspective?

Uglow has chosen to speak exclusively to SP at an extraordinary time in her life. In the coming weeks, she will use the stage at the Sydney Writer’s Festival to publicly announce that she is “changing” from Tom to Tea. She will come out to a wider circle of friends and acquaintances, and change her name on her website, social media and personal and work email accounts.

Here, in SP’s minimalist warehouse space, the news is still secret from all but closest family, friends, and colleagues at Google. But the androgynous outfit is a poor disguise; Uglow simply projects woman.

“I see things from a female perspective,” she says. “I always have…only I’ve now gone from thinking my whole life that I was an abnormal man to realising that I’m a perfectly normal woman”.

Uglow is a creator at heart. She identifies as a nurturer. One magazine article many years ago referred to her, intriguingly, as “mild-mannered”.

But she agrees the “female perspective” is hard to define. “I have no lived experience as a woman”, she points out. And she has spent almost 40 years presenting as a man. For most of that time, for reasons connected with the labyrinthine quality of the human brain, her true identity was a mystery. It was a secret, she says wryly, “kept from my conscious”.

This has evidently shaped Uglow’s perspective and her work- the inevitable result of a life spent wondering “why doesn't everyone see the world the way I see it?”

"I see things from a female perspective. I always have...only now I've gone from thinking my whole life that I was an abnormal man to realising that I'm a perfectly normal woman".

Uglow is Google Creative Lab’s Sydney-based creative director. The Lab - a loose group of Google creatives spread around the world – looks to merge culture with digital design and find new ways to explore Google products and other tech. Under the stewardship of New York based founder Andy Berndt, the Lab redesigned the google logo and created Google's first TV ad, which aired during the 2010 Super Bowl. Project partners have ranged from NASA to Lego and the Guggenheim.

Uglow joined the company that defines a generation in March 2006 and has worked on some of the Creative Lab’s biggest blockbusters including the Youtube Symphony Orchestra, the  film ‘Life in a Day’, and a real-time, three-day Royal Shakespeare Company performance of A Midsummer Night’s Dream.

Her Australian team comprises mostly junior developers, designers, and film-makers. In a rare statistic for the tech industry, there is no gender bias.  “Amazingly we are a 50:50 split, with me in the middle.”

They have no brief, other than to “collaborate, explore and play” and might do a little research while partnering with cultural institutions, storytellers, architects, musicians, even a circus.

Unsurprisingly, they get lost sometimes. “We’re in the middle of the Sahara. There are no flags anywhere, we’re a tiny band of people exploring,” says Uglow.

With some projects, the team end up planting a flag for another explorer to come along and find. Recently Uglow found one of her own flags when she was working on a project called Digital Editions - “a bookstore for books that cannot be printed” and she stumbled across an essay about the future of the book that she wrote eight years earlier. “The essay spoke directly to the mobile-based book project we had just completed, but was written before the smartphone arrived”. 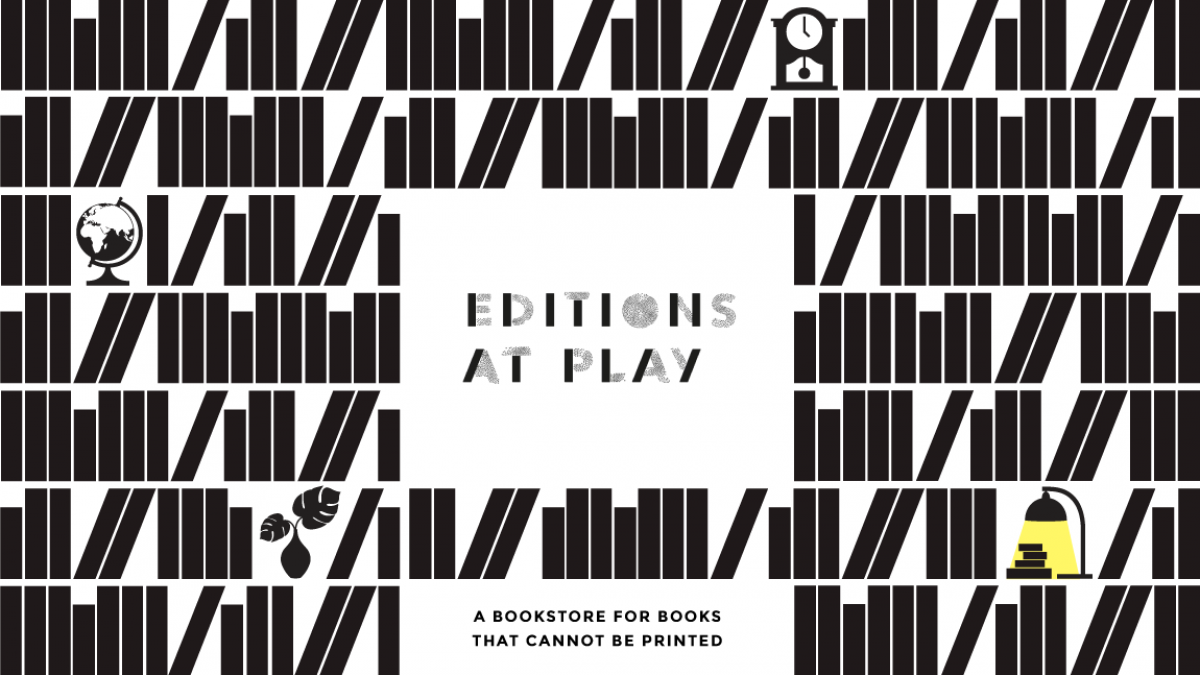 Non-linear narratives, gags about quantum potential and themes of cognitive bias are plentiful in the work of Google Creative Labs - and in Uglow’s personal story, too.

Born in Britain, the eldest child of a law professor father and historian-biographer mother, Uglow is an Oxford-educated blend of philosopher and computer geek. When she was very young she imagined there might be a “switch over day” when all the boys would become girls and vice versa. But that didn’t happen and Uglow grew into a six foot two inches tall, broad-shouldered and handsome man who played rugby.

She says she never felt “trapped” in that body, and was happy as a son, husband and father of her two small boys.

She benefited from “white male privilege” and easy “leadership” opportunities. “You get pushed into things as a boy in a way that you don't as a girl…and you are given encouragement,” she says. “I might not have ended up in the position I am in if I’d been born with a woman’s body.”

Her work as a designer after University included three years at the Royal Academy of Arts. In 2012 she relocated to Sydney with her Australian-born partner and their young son.

It was two years later, at the end of 2014, that Tea discovered her real identity. She describes the event with alacrity: "It was as if my brain stepped out from behind a bush”. The knowledge that she was in fact a woman arrived “like an unexpected tax bill… no sparkles and little grace”.

Immediately after the proverbial tax bill, Uglow slid into darkness. "I realised I had already been managing a worsening case of gender dysphoria (when one's gender identity is disconnected from their chromosomal sex)”.

"I might not have ended up in the position I am in if I’d been born with a woman’s body”.

It is still a traumatic time. It has been a deeply disruptive period for her family. In these early stages of her transition she is most pre-occupied with the language around the process.

While the “practicalities” of changing gender are on her mind, she insists: “I am still the same person, just modifying my body and my appearance. The only thing that will fundamentally change - hopefully - is your assumption of my gender and, from there, the way people interact with me.”

Uglow’s work often shifts the boundaries of control between storyteller and listener, from teleporting binoculars under the steps of the Opera House , to digital books “seeking to shed the conventions of starting on page one and finishing on 275 …(that)  reflect the reader as much as the writer” or a cube for telling multi-threaded video stories, controlled by the viewer.

And it’s natural, if not conscious, that her work embodies new perspectives of daily reality and alternatives to it.

For the RSC Midsummer Night event, her team created a social media meta-world of characters that had no voice in Shakespeare’s play, from Titania’s fairies to Bottom’s mum. Uglow’s TEDx Sydney talk last year presented a future based on ‘augmented reality’, beyond screens and VR to a more holistically digital world. .

In Ghosts, Toast and Things Unsaid a play which premiered at Adelaide Fringe and will soon be on show at ACMI, gender themes are strong. An audience of two, dressed as ghosts, hear a male and female narrative told through the thoughts of the cast (via smartphones fitted to the ghost costumes). Uglow describes the project as “technologically complex, and in gender terms, overtly binary”. The timing of the production last year coincided with turmoil in Uglow’s identity which she suggests is “quite coincidental” - “I hadn’t ever thought about that aspect, in fact I’m not sure who contributed it, all our work is so collaborative - but yes it is a very strong part of the play, and it is an interesting reading of the project”.

"We’re in the middle of the Sahara. There are no flags anywhere, the Google Creative labs are a tiny band of people exploring".

Throughout her portfolio there seems a quest to frame and make visible the way humankind blurs boundaries and engages in masquerade. “I do seem to have done a lot of theatre projects” says Uglow, who puts the recurring motif down to “an interest in a multiplicity and charade, multiple worlds and planes of existence”. She adds: “It makes sense my work would look at who we are and how we present.”

But search through her canon and you’ll find nothing on gender politics. A management diploma at University of the Arts London was a bigger influence on her career than her hidden feminine identity or outward male persona, Uglow says.

She observes an “absence” of gender. “Obviously you spend time going back over your life. Looking for clues, reading diaries, revisiting sketchbooks, letters, anything. But it is scrubbed clean of gender. It’s quite scary really”. Clips of Uglow giving presentations three years ago reveal she didn’t present as particularly masculine and she says she was consciously frightened of appearing or presenting as feminine. “I wanted neutral”. 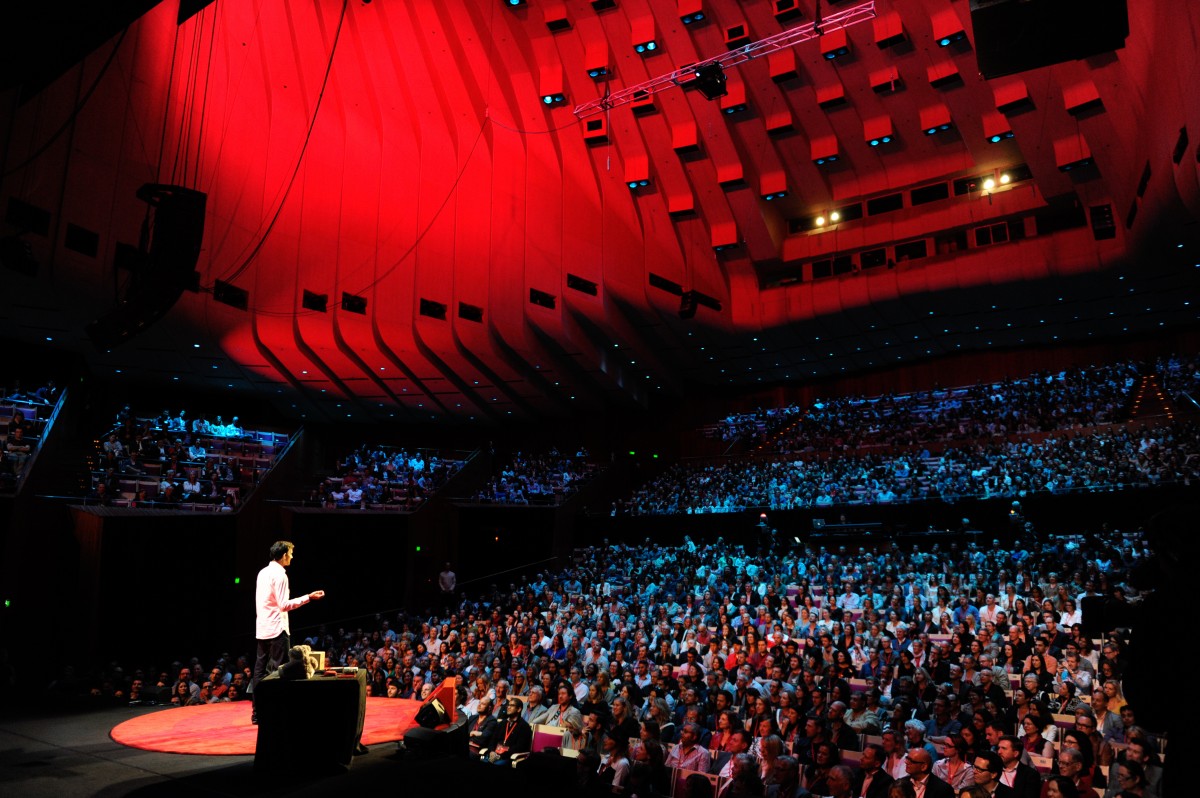 She discerns no new approach to her creative work since awakening to her transgender self. “It’s like when you ask someone what it is like to be married, or turning 30. Of course it is different, but also still the same”.

But she says she has found an intense “clarity” in the past 18 months or so. "The way I see the world makes a lot more sense to me now".

As it turns out, announcing a new gender in the digital age involves more than a polite conversation about pronouns. It has been a total rebrand - online and off.

A few weeks after her interview at SP, Uglow makes her appearance at the Sydney Writer's Festival. It is a surprisingly analogue choice of 'coming out' for a digital guru. Dressed in a flowing, black McQueen-inspired suit, the sleeves split to the elbows to reveal smooth, bare arms, she tells the audience that she is transgender. Her lecture is based on an essay, published as a Penguin book titled  ‘A Curiosity of Doubts’.  She announces her transition briefly mid-talk to hushed silence from the crowd, who soon break into applause.

"The way I see the world makes a lot more sense to me now".

Google has been great, predictably, about Uglow’s life change. Her colleagues throw her a “Tea party” after her coming out. In the days and weeks that follow the writers festival she changes her Twitter handle and her Facebook profile picture.

Today, she is no longer processing “multiple realities”, or suppressing aspects of her identity that lay hidden for almost 40 years. And she finds herself feeling lighter. Everything is changing. And yet when Uglow says “nothing has changed” she is right. Her approach is, as ever, guided by passion, fierce intellect and boundless creativity. Her perspective is still distinctly Uglow, only clearer.

“The way I perceive the world is complicated,” she says. “But it’s mine.” 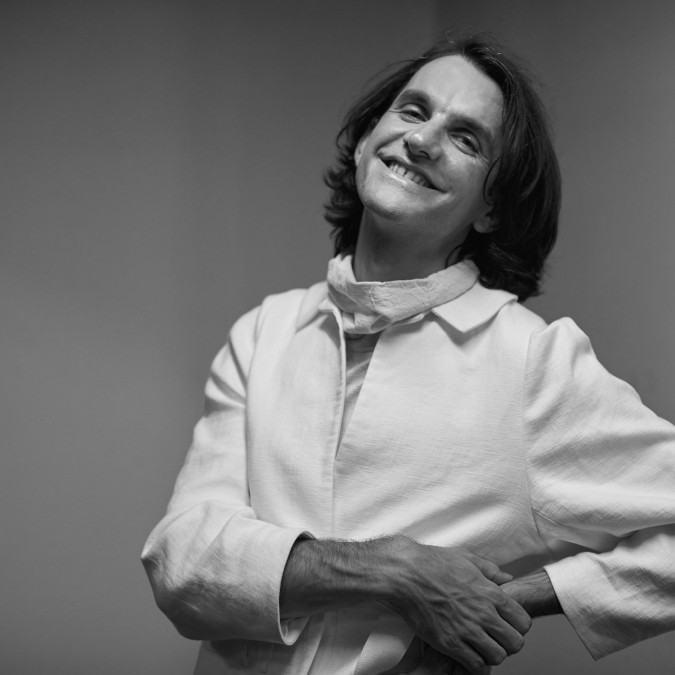 Tea Uglow will be appearing at Semi Permanent Auckland 2016.